Of course I see your point

I deal with stupid people every day. And while their individual brands of stupidity are troubling, pretty much the final nail in their stupid coffin is when they expect me to give a shit about them. Real life is different but I learned long ago not to waste time with idiots online. They go on and on about why I should debate them and/or answer their questions but they never want a genuine debate, they simply want to go on and on with their ridiculous crap without ever listening to any contrary points of view. Or, you know, evidence.

And no matter how stupid their bullshit is (e.g. evolution deniers, climate change deniers) they can’t conceive of the possibility that you reject their idiocy because it’s completely without merit. They decide the problem must be that you can’t see their point which they intend to remedy by blathering on and on until they bury your objections under a mountain of bullshit. 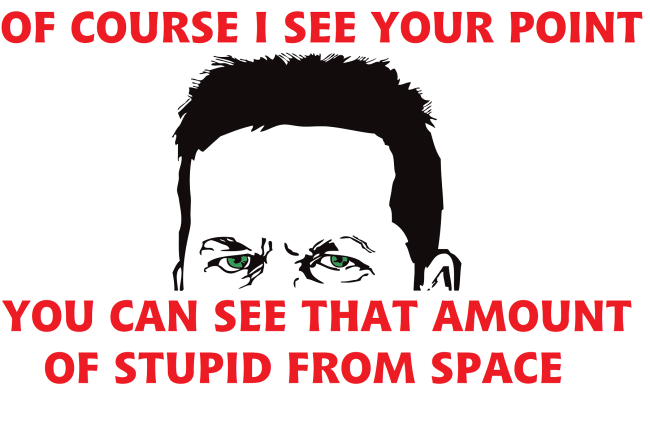