I celebrated St Patrick’s Day this year with some traditional Irish potato spirit – poitin/poteen. I even coloured it green with the help of some limes.

Why Donald Trump supporters are not racist bullies

Let me be clear at the start: there is a very noticeable and very vocal group of Donald Trump supporters, possibly a majority of them, who are most definitely nasty, racist bullies. They are nothing but thugs and their appalling behaviour is actively encouraged and endorsed by Trump himself. This is inexcusable. For the drama of the schoolyard to be played out on the most powerful stage in the world is nothing short of disgusting.

But I’ve read enough material written by Trump supporters and seen enough interviews with them to know most of themselves don’t see themselves as bullies. In fact, they see quite the opposite, they’re the downtrodden ones who are finally getting the opportunity to be heard after being kept down for so long.

From the outside, this makes no sense at all – the most privileged group in history (straight white men) from the most privileged privileged country in the world are the underdogs? It reminds me of this quote usually attributed to John Steinbeck (it’s from Ronald Wright’s book “A Short History of Progress” and Steinbeck may never have actually said/wrote it): 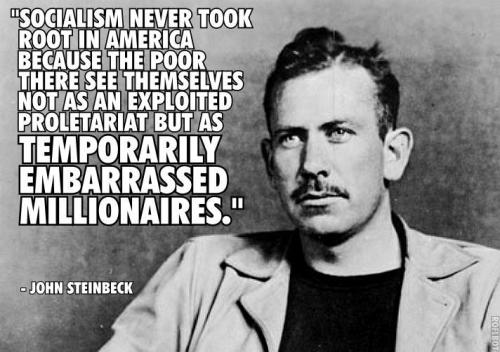 For Trump himself I hold out some kind of hope that he’s a colossal troll. But it’s more likely he’s a complete prick suffering from narcissistic personality disorder who has no depth whatsoever. This is how I think things might have gotten to this point: